Founded on a legacy of dedicated leadership, excellence, and an exceptional academic record.

In January 1929, GCU welcomed its first class of twenty-five students.

Government College Umuahia (GCU) was founded from a great need for quality education and sustained by acts of conviction and faith, the first of which was demonstrated by its founder, Rev. Robert Fisher – who envisioned building a great school and leaving a lasting legacy in Nigeria.

Rev. Robert Fisher arrived in Umuahia in the early 1920s, and his invaluable efforts led to the establishment of Government College Umuahia in 1929, which over time became the dream secondary school of West Africa, attracting some of the best brains from all states of Nigeria, the Cameroons, Ghana and beyond. 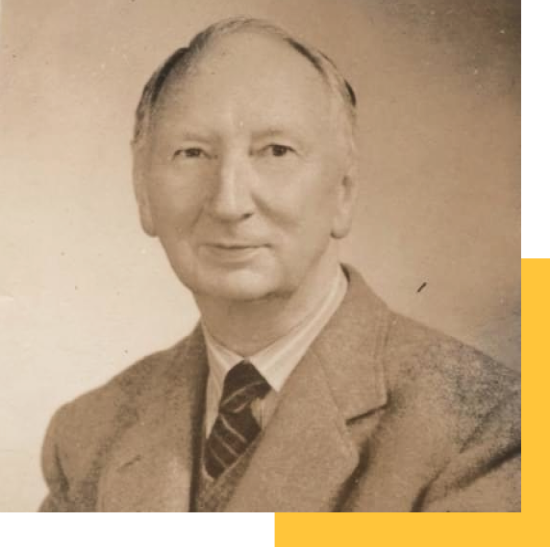 In January 1929, GCU welcomed its first class of twenty-five students.

The pioneer principal, the Reverend Robert William Fisher, an English educator, mathematician, and Anglican priest, was commissioned by the British colonial government to establish the Umuahia Teacher Training College. In 1930, the school was converted to a secondary school – Government College Umuahia – modelled after the British public schools of that era.

For a decade till his retirement in 1939, Rev. Fisher worked tirelessly, building GCU, shaping its philosophy of excellence in scholarship and sports and moulding the first set of GCU boys who would serve as beacons for succeeding generations.

A Heritage of Committed Principals

Reverend Robert Fisher was the first in a long line of dedicated principals.

Born in 1887, Rev. Fisher attended Marlborough College, Pembroke College, Cambridge and Wells Theological College. He joined the African Missionary Society, where he combined priestly and academic functions. Rev. Fisher was a pioneering member of the faculty at Ghana’s Achimota College prior to his arrival in Nigeria.

After a decade of service at GCU, Rev. Fisher retired and returned to England, where he served as Vicar of the Anglican Church of St Mary’s in Tottenham. Rev Fisher left his assets to GCU, and The Fisher Educational Development Trust is named in honour of his legacy.

Mr. William Simpson, a mathematics graduate from Kings College, Cambridge and an avid sportsman, was GCU’s principal from 1944 -1951. Mr. Simpson enlarged GCU’s science-oriented curriculum to include liberal arts subjects. During his tenure, Chinua Achebe, Christian Chike Momah, Christopher Okigbo, Chukwuemeka Ike, and Elechi Amadi, who would all go on to become literary elites in their generation, were admitted to GCU. In recognition of his dedication, Mr. Simpson was awarded an OBE (Officer of the Order of the British Empire) by the British government in 1951 and given a coronation medal to mark the coronation of Queen Elizabeth II in 1953.

Mr. Simpson was succeeded by Mr. Arthur Barry Cozens, who co-authored the text “Biology for Tropical Schools” with Mr. R. H. Stone, the biology teacher. The text was used by students throughout West Africa.

When Mr. Wareham took over as principal in 1955, he started dine-in-hall, where he invited senior boys to have a three-course meal. In the sixties, it was the tradition for Nigerian heads of government and governors of the states that ran GCU to visit the school and join the students at dinner. In 1961, the Governor-General of Nigeria, Dr. Nnamdi Azikiwe, and the Premier of Eastern Nigeria Dr. M.I. Okpara, visited GCU. The last official visit by a Nigerian Head of State was General Yakubu Gowon’s visit in 1971. Mr. Wareham also started an officer cadet corps that offered instruction camps in field drills and adventure training.

Thirty-three years after its founding, GCU’s first Nigerian principal, Mr. Isaac Dagogo Erekosima, an old boy and mathematics teacher during the tenures of Simpson, Cozens and Wareham, was appointed the school’s first African principal in 1962. A keen sportsman, Mr. Erekosima was admitted in 1930 when GCU became a secondary school.

To honour their contribution, some of the schoolhouses of the old GCU were named after former principals such as Fisher, Wareham, Cozens, Erekosima, and Simpson.

GCU’s current principal will build on the foundation laid by his illustrious predecessors.

A Heritage of Exceptional Teachers

In addition to committed principals, GCU has a heritage of excellent teachers keen on equipping their students with the academic and social skills they need to thrive in GCU and in the world outside GCU.

The artist and archaeologist, Mr. Kenneth C. Murray pioneered modern art education in Nigeria. He taught art at GCU and started an art gallery in the school. Ben Enwonwu, a foremost painter, and sculptor, studied fine art under Mr. Murray initially at Government College, Ibadan, and subsequently at GCU. This period marked the beginning of Enwonwu’s formal education in art. Mr. Murray left GCU in 1939 to serve as the Director of Nigerian Antiquities.

Mr. Charles W. Low (BA Cantab, MA Melbourne) was Assistant Principal, cricket master, and English and Literature teacher at GCU from 1946 to 1953. He also taught Christian Religious Knowledge and informal Latin classes during his tenure. Mr. Low was one of the pillars of GCU’s literary culture. He introduced creative writing in GCU and was the founding editor of The Government College, Umuahia Magazine. The drama club, of which he was patron, produced The Mikado – an opera by Arthur Sullivan and W. S. Gilbert. Mr. Low also gave the school its motto – In Unum Luceant.

GCU’s current faculty are all highly qualified and experienced teachers committed to their students’ academic success.

A Heritage of Scholarship & Excellence in Arts and Sports

From its inception, GCU has attracted the best and brightest students and nurtured them to excel in academics, arts and sports. When the University College, Ibadan, Nigeria’s first university, opened in 1948, GCU had more entrants than any other secondary school. The school has produced a significant number of winners of the Nigeria National Merit Award, more than any other secondary school in the country.

At various times, the school and its students have obtained the best performance in Nigeria in school certificate examinations.

Nigeria’s first Professor of Music, and one of the pioneer lecturers of music in Nigeria, Professor Laz Ekwueme and Ben Enwonwu, foremost painter and sculptor, amongst other eminent artists, were GCU graduates. Professor Ekwueme and Ben Enwonwu were both awarded the Nigerian National Order of Merit. The college anthem, “The Will to Shine as One”, was composed as a poem for publication in the school magazine by Edward Chukukere, a student in 1947.

A Heritage of Unity

GCU’s unity is demonstrated in the school motto, crest, and anthem and, more importantly, in the bonds that bind the old boys together. The new GCU stands as an enduring testament to the capacity of the old boys to speak and act as one body in the decision to take over the school and fund its rebuilding through the Fisher Trust. Few schools in Nigeria, if any, are owned or managed by alumni. The GCU story is still being told, and the old boys are confident that the new boys will continue to nurture the chords of friendship and loyalty to GCU.

From 1945, when Ebong Etuk became the first son of an old boy to be admitted to GCU, successive generations of sons have followed their fathers in attending GCU.

A few of such families with two generations as GCU students include The Amadi’s – whose father was GCU’s first school captain; The Mbanaso’s, The Jaja Wachukwu’s, The Ebizie’s, The Nwosu’s, The Nwakanma’s, The Ofili’s, The Erokwu’s, The Imoke’s, The Akpabio’s, The Alagoa’s,The Ibe’s, The Uwakaneme’s, among others.

The restored GCU looks forward to welcoming the sons and grandsons of old boys.

Everything that I learned at Government College Umuahia really helped put me above the competition in the field of business management.